Nomura is a global financial services group providing a broad range of financial services for individual, institutional, corporate and government clients. The Group offers products and value-added financial and advisory solutions through its global headquarters in Tokyo, with more than 160 branches in Japan, and an international network in 30 countries, with regional headquarters in Hong Kong, London, and New York. The Group’s business activities include investment consultation and brokerage services for retail investors in Japan, and, on a global basis, brokerage services, securities underwriting, and investment banking advisory services, merchant banking, and asset management.

MYRIAD Group Technologies is a London-based technology company focused on the development and rollout of its unique Network Management platform called MYRIAD™.

Like many Banks and Broker-Dealers, Nomura has a Global Network Management function that supports the group’s day-to-day trading activities. In 2007 Nomura in London implemented the MYRIAD™ platform into its Network Management function to service this London-generated activity. Prior to using MYRIAD™, Nomura London used an array of tools and processes which were not integrated and which whilst being effective in isolation, lacked efficiency and scale, particularly for international operations.

Nomura’s challenge in London during 2007 was to confront increasing volumes, a growing number of markets and clients and a more complex set of products as well as keeping costs down and improving efficiency. Nomura therefore set out to move its Network Management operations to a robust, secure platform on which to build the Bank’s future Network Management capabilities.

Nomura chose MYRIAD™ to provide a new platform together with application support and hosting. MYRIAD’s expertise in this area together with its established client base recommended the platform to Nomura. With a view to streamlining operations and using the technology to enhance the service the group provides, Nomura began implementing MYRIAD™ in Autumn 2007, its main objectives being to improve business and financial controls and reduce costs.

David Booth, the Head of Settlements and Network Management in London, made the following comments: “MYRIAD’s functionality matched our business requirements. We conducted a rigorous RFP and due diligence process, during which MYRIAD demonstrated that they had both the flexibility and scalability necessary to meet our diverse and growing business demands.

“The framework provided by MYRIAD allowed an implementation in parallel with our business- as-usual activities. We have had to commit dedicated resource to the project, but this has ultimately underpinned the success of the project. The implementation has taken time but this has allowed us to review our data, look at our processes and work in partnership with the MYRIAD team as we expand the toolsets we use within the platform. We have been impressed with MYRIAD’s flexibility and their willingness to understand our business requirements and priorities, and we look forward to working with them in the coming years.”

After preliminary work by the Bank, which included the selection of a project manager to oversee the implementation of the MYRIAD™ system, work started in November 2007. By Christmas 2007 the Bank had access to a live environment and was positioned for a combination of data loading and ‘on application training’ in the New Year. 2 servers were deployed in separate data centres in London, with the primary server providing the ‘production’ environment and the other server providing a mirror and back up of the production instance, as well as offering development, test and demonstration instances, all of which provide separate, unintrusive, parallel environments to production.

At the start of 2008, data loading, testing and training began, at a pace suited to the Bank’s needs. Following the completion of an independent system security check commissioned by Nomura, the static context of Nomura London’s entities and Agent Bank suppliers/providers was loaded automatically into the system and supporting data followed on. As fee schedules went into the system, expanded modelling capabilities within fee schedules were added by MYRIAD™ to accommodate a specific requirement of the Bank.

In Q3 2008 the Bank started configuring the RFP tool embedded within MYRIAD™ and it is anticipated that on completion of this phase the Bank will pause and consolidate, before agreeing a plan to rollout additional elements of the platform in 2009.

The Nomura MYRIAD implementation went live, on schedule, in Spring 2008. It was an important part of an ambitious change project undertaken by Nomura in London and was led by a strong project team of Nomura and MYRIAD™ people. Initially, about 10 Nomura staff have had access to the platform from both office and remote locations. The Bank has licence for up to 200 users to access the system globally within the first 3 years of use. As adoption grows throughout the wider Group, Nomura expects the user base to expand accordingly.

The London arm of Nomura now has a static data repository from which a multitude of – some might say myriad – dynamic activities can be run. The Bank’s priority has been to run, test and assess a combination of RFPs and reviews in light of cost savings estimated under these activities. Focus has therefore been on mapping relationships, looking at fee schedules, modelling expected volumes and costs under these various scenarios and subsequently taking well-informed, real-world business decisions.

MYRIAD™ was delivered under tight timescales and the success of this implementation project was made possible by the hard work, skill and experience of people at both Nomura and MYRIAD. The two teams continue to work very closely together.

The Business Benefits – Immediate and Long-Term

Nomura have improved the transparency and quality of their static data. In so doing they will continue to derive substantial benefits from the integration of the MYRIAD platform. These benefits include improved access to data, streamlined business processes and a move away from repetitive, administrative tasks to more value-added activity. Instantaneous modelling of whether a new fee schedule might save money is just one aspect of this; an integrated and automated RFP process is another. Nomura also have plans to rollout use of the system to other companies in the Group. This will improve co-operation and by leveraging the superior data held on MYRIAD, this will strengthen Nomura’s position when negotiating with providers and suppliers.

MYRIAD possesses the complete range of skills and capabilities to support the development of its customer’s MYRIAD™ system and the company has the experience of running successful implementations in a number of major financial institutions.

MYRIAD carried out the implementation project, working in a joint project team with Nomura staff. As part of the implementation MYRIAD also designed and delivered end-user training, to maximise acceptance and best use of the system associated with new ways of working. Commitment across both companies, combined with an innovative style, continue to be key success factors in MYRIAD’s relationship with Nomura. 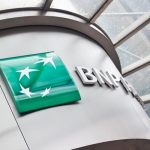